CSI Accreditation regional coordinators bring a wide range of knowledge and experience to their schools. Our team supports the forward movement of your school’s mission by encouraging continual improvement in your school. We prioritize positive interactions, building of relationships, rigorous standards, and full support of your school community throughout each accreditation cycle.

Some of the services our regional coordinators provide are:

The new regional coordinators are anxious to meet you and learn more about your school community. Please join us in welcoming these new team members. We are grateful that God has led each of them to join in the important work of serving CSI accredited schools! 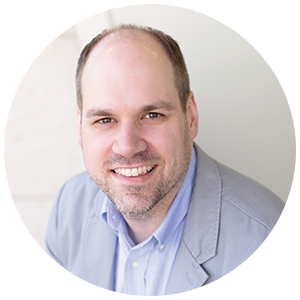 Josh lives in Sioux Center (way in the northwest corner of Iowa) with his wife Alicia, who serves as the associate director of parent and alumni relations at Dordt University. Josh serves as the head of school at Sioux Center Christian School (Go, Trailblazers!). He has experience teaching middle and high school language arts, elementary self-contained classrooms, technology, adults, and teachers.

Josh’s bachelor’s degree is from Dordt University in secondary English education, and he has an MA degree in curriculum and instruction and one in educational leadership, both from Dordt University. Josh holds an EdS from the University of South Dakota in educational leadership—school district superintendent—and his EdD is from the University of South Dakota, with a dissertation focused on the topic of teachers transitioning to become principals in the same building where they were once teachers (something he experienced).

Outside of school, he enjoys spending time with family (including four nephews and four nieces), traveling, reading, serving on several community and church committees, and writing. His latest hobby is running. Oh, and he can’t have a day without coffee!

Josh is excited to work with CSI schools on their accreditation journeys!

John has worked in Christian, public, charter, and virtual schools for more than 30 years. He has served schools in Utah, Alaska, Washington, and Illinois as a principal, academic director, teacher, counselor, and coach. He initiated and led Christian schools in Salt Lake City, Utah, Park City, Utah, and Yorkville, Illinois. Most recently, John was the principal of Parkview Christian School in Yorkville, Illinois, working as a co-leader of its accreditation team.

John has served on and led accreditation teams in the Western US for Cognia (formerly AdvancEd) and in Egypt and Saudi Arabia for an accreditation agency that works with English language schools in the Middle East.

As a principal, administrator, and teacher, John has led schools through the accreditation process at Christian schools in Utah and Illinois through Cognia, ACSI, and CSI.

He currently lives in Yorkville, Illinois with his wife of thirty-nine years. His grown children and grandchildren live in the Chicago area. 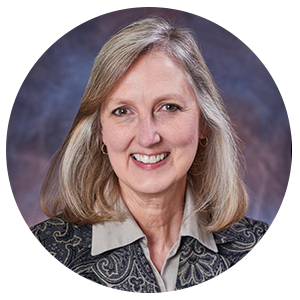 Mary is not new to the CSI community, as she has served as a CSI accreditation commissioner and led Newton Christian School (IA) through two accreditation cycles with CSI. Mary also taught Spanish while at Newton Christian School. For ten years she lived and taught English and music in Buenos Aires, Argentina. She has also taught music theory and piano at the university level.

In addition to her vast experience, Mary also has great wisdom to share with her accredited schools. She holds a bachelor’s degree in music education and church music and a master’s in both education and music. Mary also has Iowa certification in K–12 music, K–12 Spanish, and PK–12 principal and supervisor of special education.

Currently, Mary lives in the Pittsburgh, PA area and serves in the church where her husband, John, pastors in the children’s, youth, and woman’s ministries. John and Mary have two adult children, David (PhD student in Spanish Lit) and Hannah (ESL and Spanish translator for a school district in Iowa).

In Mary’s own words, “I understand accreditation and it resonates with me as we seek to be all we can be fulfilling our mission as Christian schools.” 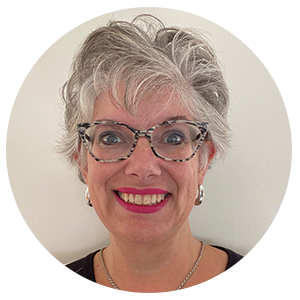 Betsy began her career as an elementary teacher, and here she learned the value of influencing the next generation and how to humbly deliver education and new knowledge in a way that is appropriate for the learner. Betsy continued her career as a nonprofit executive in the youth development arena. In this capacity, Betsy developed organizational management skills to more effectively lead an organization. Betsy continued her dedication to education by joining the staff of a college-preparatory charter school in mid-Michigan first as a dean of curriculum and then by serving as the dean for school operations.

Most recently, Betsy served as the head of school at Midland Christian School of Midland, Michigan. Additionally, Betsy continues her work with the Awaken Leadership Center, which she founded in 2014 to guide educators, leaders, and executives to create positive change in their organizations. She provides mentoring and coaching to those in the private sector, nonprofit organizations, educational institutions, and individuals of all ages to discover and develop their personal leadership abilities.

Betsy earned her doctorate in educational leadership in which she specialized in the application of self-efficacy and communication between teachers and parents. As a result of her studies and dissertation, Betsy fervently believes it matters how leaders create cultures to encourage and edify others to make positive change.

Chris is a regional coordinator for the Pacific Northwest. He has been an educator and administrator in grades 6–12 for nearly twenty years and heavily involved in the accreditation process for multiple schools over that span of time. He currently resides in Lynden Washington. In addition to working with Christian schools in their accreditation processes, Chris works with a number of Christian schools specifically in the Pacific Northwest on refining and providing professional development, mentorship, compliance, and district coordination. Chris’ educational background includes bachelor’s degrees in history and education from the University of Missouri, as well as a master’s degree in educational administration from Grand Canyon University.

Chris is a Christ follower, husband of seventeen years and father of three children ages thirteen, eleven, and ten. He has been blessed to spend the last twenty summers of his life as a Park Ranger in Yellowstone National Park. 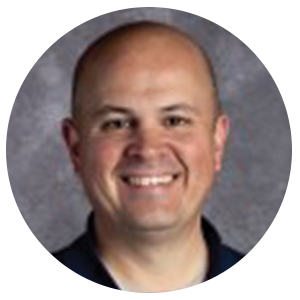 David, formerly of CSI Consulting from 2008–2018, currently serves as a CSI regional coordinator of Accreditation. He holds bachelor’s degrees from Elmhurst College in management and Northern Illinois University in teaching, a master of arts degree from Wheaton College in educational ministries, and a PhD in educational leadership/Christian thought from American University of Biblical Studies. David has served as the head of school and interim head of school at Christian schools in Georgia, Illinois, Iowa, Mississippi, and Missouri. David and his wife, Renee, live in Georgia just outside Savannah and have been married for twenty-seven years. They have two daughters currently in college. 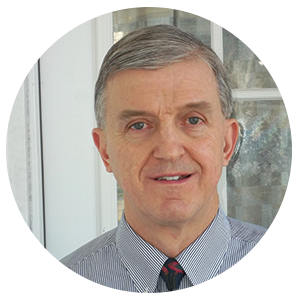 Arlyn’s career in Christian education began with a combined responsibility as a teacher and principal for his first nine years. Although his AB degree from Dordt College was in secondary education, these first nine years working with elementary and middle school students and staff affirmed for him that his heart and desire was to continue working in elementary/middle school rather than at the high school level. During this time, Arlyn also expanded his education to include a master of science degree in elementary school administration. Following nine years working in Christian schools in Northwest Iowa, Arlyn moved with his family to Southwest Minnesota to spend fifteen years as a principal/administrator of Edgerton Christian Elementary School, another K–8 Christian school while also spending several summers pursuing further education, ending with an advanced degree in elementary administration. His final move was back to Northwest Iowa as principal/administrator of Orange City Christian School, a P–8 school where he ended his full-time career after forty-two years.

The past eleven years included working as an activity director of a Title III grant with Northwest Iowa Community College, along with serving as part-time administrator of a P–8 Christian school in Inwood, Iowa.

Arlyn’s work with Christian Schools International as an accreditation regional coordinator began in the fall of 2014 working with twenty-two schools in Iowa and South Dakota. Since that time, the number of schools expanded to thirty-six schools throughout Iowa, Minnesota, and South Dakota. Presently, Arlyn’s home is in Orange City, Iowa where he has lived for the past 29 years. 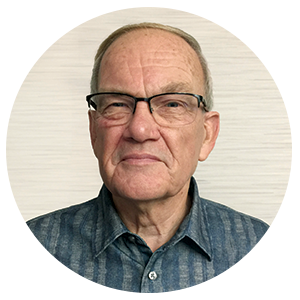 Bob has been involved in Christian education for nearly fifty years as a teacher, principal, head of school, and consultant in California, Indiana, and Michigan. Bob cut his accreditation teeth with MANS (Michigan Association of Nonpublic Schools) as a mentor, site visit team leader, and MNSAA board member. Bob worked for CSI from 1997–2003 and again from 2011 to the present. He led the development of CSI’s first accreditation tool, Vision to Action, in the late 1990s and then edited and pulled together the tools and procedures around CSI’s current accreditation tool, Measuring the Mission, in 2011 and beyond. Bob led CSI Accreditation from 2011 until 2017 when he handed the reigns to Sheryl Jo’s able leadership. In 2017 he became the accreditation regional coordinator for Michigan and the Southwest and Northeast United States. Currently, he is the regional coordinator for western Michigan. He estimates that he has led around 150 site visits with CSI.

Bob received his bachelor’s degree from Trinity Christian College in history, biology, and education. He earned his master’s degree from Purdue University in educational administration. He has been on his churches’ councils a number of times, including being the chair. He was also the chair of CLC Network (now All Belong) for seven years. He is currently board chair of Lighthouse Academy in Grand Rapids, Michigan, a charter school that works with Bethany Christian Services and Wedgwood Christian Services for students who have had discipline issues and/or are court referred, as well as educating unaccompanied minor refugees. Bob has also recently joined the AnchorPoint Christian School board, a school serving a diverse population with affordable Christian education and innovative teaching.

Bob and his wife of fifty-one years, Trudy, live in Byron Center, Michigan. They have three married children and ten grandchildren ranging in ages from 13 to 22. Bob and Trudy enjoy travel and most recently spent a couple of weeks in Kenya with Kenya Hope and two weeks touring Italy. They’ve camped all over the US and Canada in their little 14-foot travel trailer.

“Christian school accreditation is all about the kids,” said Bob. “How are Christ-centered schools continually improving and evaluating themselves so that their students can live lives that honor Jesus and are of Christian service to the world? CSI Accreditation stands with schools as they strive to better meet their missions for the kids.” 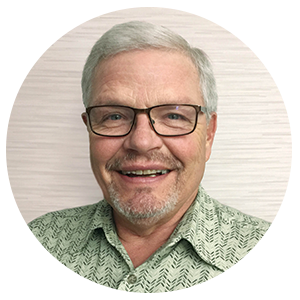